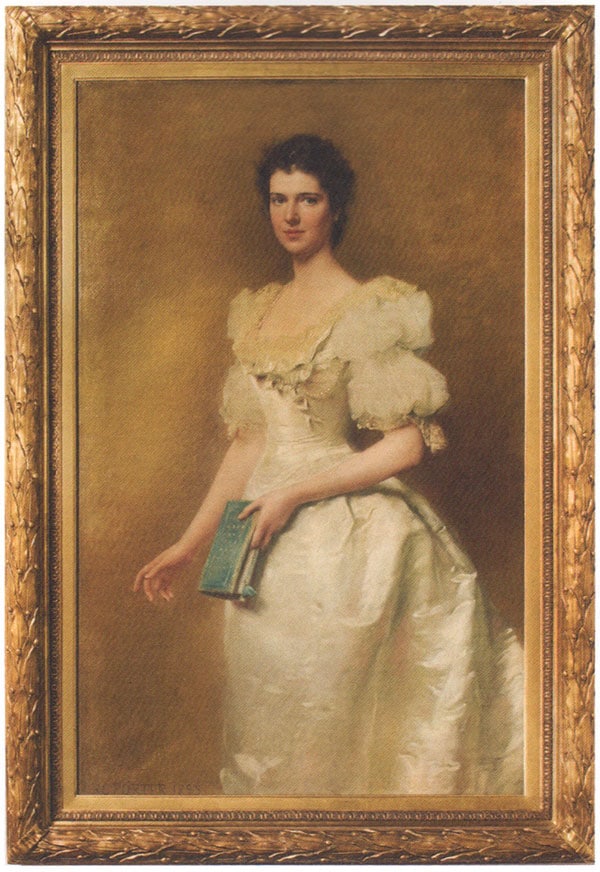 The House at 7 East 95th Street was built between 1914 and 1916 to serve as the town residence of Edith Shepard Fabbri, a great granddaughter of Commodore Cornelius Vanderbilt, and her husband, Ernesto Fabbri, an associate of J. Pierpont Morgan. The House was designed by Grosvenor Atterbury, an American architect and town planner trained at L’Ecole des Beaux Arts in Paris, noted for the 1908 restoration of New York’s City Hall. The interior decoration, however, was executed by Egisto Fabbri, Ernesto Fabbri’s brother, who incorporated Edith Fabbri’s collection of Italian Renaissance and Baroque furnishings and architectural fragments into his designs.

Egisto Fabbri, well versed in the historic aspects of Italian architecture, helped design and decorate the House when it was built. Whole sections of original wood ceilings and the wood paneling of the historic library were transported in two ships from Italy through U-boat infested waters during World War I, and the House was designed and constructed to contain them.

House of the Redeemer’s outstanding architectural feature is the library, a treasure built in the 1600’s for a Ducal palace on the outskirts of Urbino, Italy. The Library boasts a beautifully painted coat of arms, dated 1605–1609, on the vaulted 25 foot high ceiling. There is a monumental fireplace, exquisite paneling, a balustrade gallery, and even a secret passageway.

The House is L-shaped to accommodate the library in one wing and to produce a courtyard and an adjoining but now lost garden. Entry to the House is through tall oak doors. Inner marble steps lead to a second set of doors of wrought iron which open into the entrance hall. The design and position of the grand stone stairway, the earth-tone tile floors, and the patina on the wood tables and benches, offer an astonishing sense of space and security and, strangely enough, simplicity. To the right is a handsomely appointed reception room with a coffered ceiling, and here hangs a portrait of Mrs. Fabbri. The dining room is opposite and has a vaulted ceiling, a stone fireplace, and space to comfortably seat 80 people. The chapel on the second floor has another example of a coffered ceiling and some leaded windows given in 1985 as a memorial. 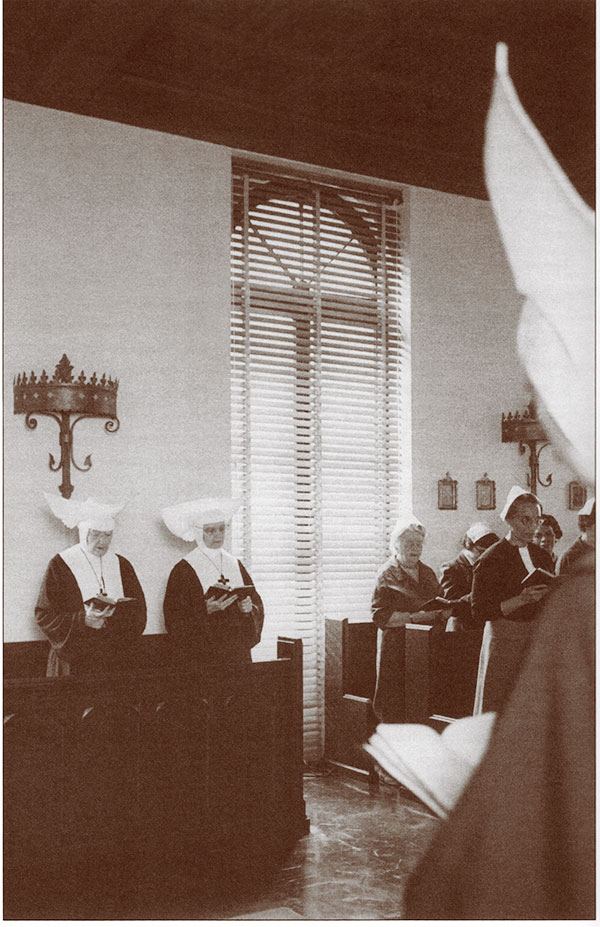 The Sisters of St. Mary and guests in the chapel

In 1949, inspired by a sermon preached by the Rt. Rev. Austin Pardue on the necessity of silence and prayer in the spiritual life, Edith Fabbri deeded the building to a Board of Trustees under the auspices of the Episcopal Church to be used as a religious retreat house under the name “House of the Redeemer.” A new corporation by that name was formed to receive the gift of her house and administer it as a “place apart.” The Rt. Rev. Charles K. Gilbert, Bishop of New York, was the first president of the board of trustees. A little more than a year later Bishop Gilbert retired and the Rt. Rev. Horace W.B. Donegan succeeded him as diocesan and president of the House’s board. Donegan was a strong supporter of the House and remained president until his death in 1991. House of the Redeemer was operated by Episcopal nuns (the Sisters of St. Mary) from 1949 until 1980, at which time the first residential Warden was appointed to run The House.

The House was designated a New York City Landmark in 1974, and is considered by many architectural historians to be one of the most distinguished examples of early 20th century residential architecture in New York City. At the present time, The House is run by a Board of Trustees, and the spiritual care is provided by Episcopal priests-in-residence. Daily operations are supervised by the House Manager and staff.

If you are interested in learning more about the House of the Redeemer, current Board Member Percy Preston’s book A Place Apart is available for purchase at the House.